There's a Place for You

Death is no more than passing from one room into another. But there’s a difference for me, you know. Because in that other room I shall be able to see -Helen Keller

They, then, who are destined to die, need not be careful to inquire what death they are to die, but into what place death will usher them. -Augustine

Never fear dying, beloved. Dying is the last, but the least matter that a Christian has to be anxious about. -Charles Spurgeon

Jesus speaks of hell more than anyone in the Bible

Roughly 13% of his teachings are on this topic

Roughly half of the Parables in the gospels are in reference to judgment, punishment and hell

The Rich Man and Lazarus

19 “There was a rich man who was dressed in purple and fine linen and lived in luxury every day. 20 At his gate was laid a beggar named Lazarus, covered with sores 21 and longing to eat what fell from the rich man’s table. Even the dogs came and licked his sores.

22 “The time came when the beggar died and the angels carried him to Abraham’s side. The rich man also died and was buried. 23 In Hades, where he was in torment, he looked up and saw Abraham far away, with Lazarus by his side. 24 So he called to him, ‘Father Abraham, have pity on me and send Lazarus to dip the tip of his finger in water and cool my tongue, because I am in agony in this fire.’

25 “But Abraham replied, ‘Son, remember that in your lifetime you received your good things, while Lazarus received bad things, but now he is comforted here and you are in agony. 26 And besides all this, between us and you a great chasm has been set in place, so that those who want to go from here to you cannot, nor can anyone cross over from there to us.’

27 “He answered, ‘Then I beg you, father, send Lazarus to my family, 28 for I have five brothers. Let him warn them, so that they will not also come to this place of torment.’ 29 “Abraham replied, ‘They have Moses and the Prophets; let them listen to them.’

30 “‘No, father Abraham,’ he said, ‘but if someone from the dead goes to them, they will repent.’

31 “He said to him, ‘If they do not listen to Moses and the Prophets, they will not be convinced even if someone rises from the dead.’”

This parable is unique to Luke and is the only one to name any of its characters.

The naming of the poor man as Lazarus and the failure to name the rich man personalizes the level of concern for the poor man, while making it clear that the rich man is a representative figure.

Jesus does not mention the rich man's name- so the rich man could be any rich individual.

Remember parables are stories that Jesus uses to teach us important truth.

We are going to view this passage in 3 ways:

3. A conversation from the grave

Lives in a gated home

Lived in luxury every day

A man with nothing

This man was considered a beggar

He needed help getting to the gate each day

This man was named Lazarus* [God is my help(er)]

Lazarus was covered in sores

Dogs would come and lick the sores*

The licking is significant, since it makes Lazarus ceremonially unclean

Lazarus dies and is welcomed into divine favor- which the text calls Abraham’s side (Gk. Abraham’s bosom)

The rich man dies and is buried, but ends up “in hell” (Gk. Hades), in torment, far away from Lazarus.

The rich man looks up and sees Abraham and Lazarus together. (vs.23)

He calls to the great patriarch of the faith and asks for Lazarus to be sent to him. (vs.24)

The Rich man knows who Lazarus is. During his lifetime on earth he knew the poor man was out at his gate, had needs and even knew his name.

The rich man’s view of Lazarus hasn’t changed since his death. He still views him as beneath him, as someone who might be sent to give him relief. This reveals the heart issue of the rich man.

Understanding all is lost for him he intercedes for his 5 brothers (vs.28)

This is the first time we see the rich man show concern for others. 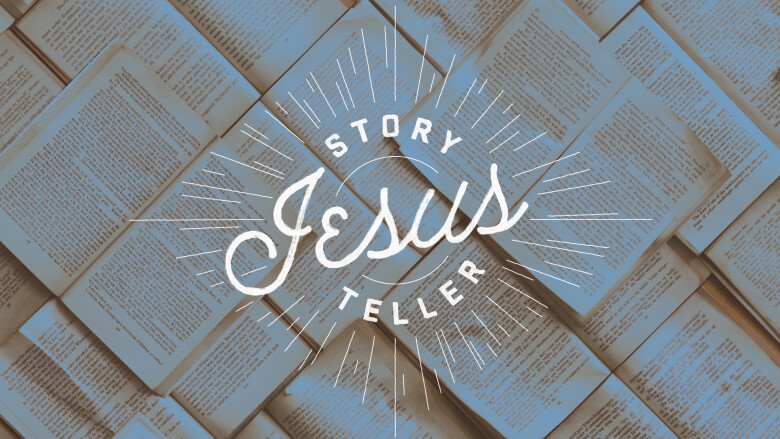 Jesus used many teachable stories, or parables, to help people understand The Kingdom.